What do a world-class restaurateur and a famed beauty entrepreneur have in common? At first blush, not much. But dig a little deeper and you’ll find a common driving force: passion. Our founder Estée Lauder stopped at nothing to build the absolute best beauty brand she could, and every decision and step she took was made with that same intention. Similarly, restaurant-owner Georgette Farkas had a singular focus when it came to building her career in the industry. “My first job in a kitchen was at age 14, at a tiny little French restaurant in New York City,” Farkas explains. “I went to school, but there were always these summer jobs with a purpose. It was with a very specific focus in building a foundation.”

That focus paid off, as Farkas is now the owner of Rotisserie Georgette in New York City, a luxe yet cozy spot that turns out unbelievably flavorful meats and vegetables from its own in-house rotisserie. Her entire career seems almost deliberately designed to prepare her for this role. After finishing hotel and restaurant management school, she apprenticed in some of the most famous kitchens in France, then found herself working for master chef Daniel Boulud in New York, working her way up from pastry cook to eventually becoming Director of Marketing and Public Relations for his restaurant group.

Finally, Farkas decided to take the leap to open her own restaurant. Though her career had been spent with some of the most sophisticated, complex types of cooking, she had a clear vision of what she wanted her restaurant to be—quality ingredients in a homey, comforting setting. “I’m not a natural risk-taker,” she admits, while sitting at a back corner table in her restaurant, her signature rotisserie churning right behind. I really had to push myself to that edge, because just knowing that if I didn’t challenge myself to that entrepreneurial level, I would never forgive myself.”

Estée Lauder had a catchphrase that captures this idea: “We learn too much every day to be satisfied with yesterday’s achievements.” As a tribute to our favorite risk-taker, Farkas created a holiday dessert recipe that’s perfect for entertaining (Estée’s other passion besides beauty) and that features an ingredient which frequently starred in Estée’s recipes: pineapple. See the full recipe below, and don’t hesitate to take a few risks of your own this holiday season.

Roughly crush the dried spices (clove, cardamom, star anise, black peppercorns) by placing them on a cutting board and crushing with the bottom of a saucepan.

Place rum, pineapple juice, lemon juice, brown sugar, vanilla bean (whole pod, plus the seeds scraped from the inside) and crushed spices in a sauce pan over medium heat. Bring to a gentle simmer, stirring so as to melt the brown sugar. Turn off the flame, cover and let seep approximately 20 minutes. Strain, discard the spices (except the vanilla bean pod) and return the liquid to the saucepan.

Cut the pineapple into long, thin slices. (Ideally you should get about six thin slices from each quarter.) Fan the slices out in a shallow, ovenproof baking pan, large enough to hold all of the slices in a single, slightly overlapping layer. Generously coat each slice with the rum mixture (but don't use it all up; hold back about half), and marinate for at least two hours.

Simmer the remaining rum mixture gently over low heat, until it is reduced by about one third and has a slightly syrupy consistency. Keep warm until ready to serve.

Once the pineapple is well marinated, sprinkle it with a little more brown sugar. Heat oven broiler to high, and place the pineapple on a rack just a few inches from the broiler. Turn the pan as needed so that all of the pieces caramelize evenly.

Once caramelized, remove pineapple from oven and discard the vanilla bean. Add any cooking juices from the baking pan back into the reduced rum mixture. Simmer again as needed so that the liquid is slightly thickened, then spoon the rum mixture over the pineapple. 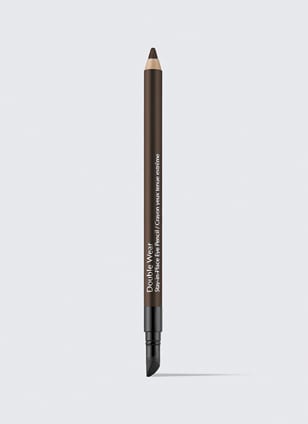